Electricity in the World

Electricity in the World

Static Electricity- When an electrical charge forms on the surface of a number of different types of materials, oftentimes when two surfaces rub together. In this process, electrons are gained and become negatively charged. When interacting with a neutral surface, an attraction occurs of the protons and the electrons are pushed away.

Current Electricity- The rate of electron flow. Amperes (amps) measure this kind of electric flow. A conductor is needed for current electricity to flow through (think copper wire). The current itself is the measure of the amount of energy transmitted.

What is the difference between alternating current and direct current? The direction of the flow of the current! Direct current can be found in batteries such as those found in your car.

While electricity is often attributed to Benjamin Franklin, Thomas Edison and Nikola Tesla, it’s founding is often credited to William Gilbert, an English scientist in the 1600’s. In fact, Gilbert was the first person to coin the term electricity. Benjamin Franklin did invent the lightning rod. We use lightning rods today to protect certain structures during a lightning storm. The rod grabs the charge and runs it to a ground wire. Thomas Edison added on to the foundation of others before him. He actually owned the first power plant in New York in the late 1800’s. Fuses, meters and switches, all essential electrical components, are attributed to Mr. Edison. The first ever electric car was brought to life back in the late 1800’s as well by a man named William Morrison. 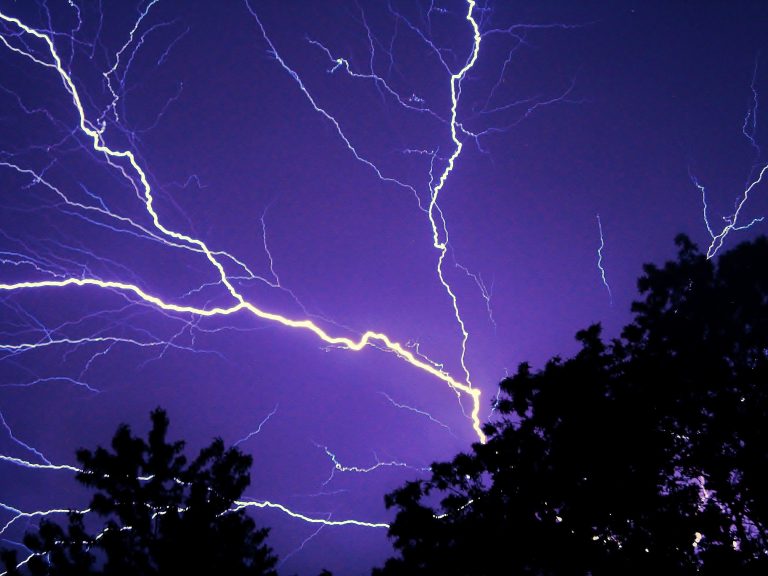 Electricity is released into the atmosphere as lightning, reaching a temperature of almost 55,000 degrees Fahrenheit. Electric Eels can generate shocks of 500 volts! This powerful tool is utilized for both self-defense and hunting for prey. The human heart beats due to electricity as well! Electricity causes our muscles to contract.

Electricity in your Home

Alternating current keeps up hooked up to the grid and everything running smoothly. Heating and cooling the home is a major undertaking and is made possible through electricity. 11,000 kWh of electricity is used by an average US home in a year. This power comes from power plants, all the way to switchyards, through transmission lines, to substations, distribution lines, to a transformer to your home!

Electricity is flowing even when you turn things off. Unplug them if you want to save money! LED light bulbs may cost more but they provide a lot of energy savings.

No this is not how you summon Captain Planet. These are the ways we are generating electricity while eschewing fossil fuels. These are often referred to as clean energy methods. While the technology isn’t nearly where it needs to be in terms of scope and efficiency, there is hope that these can grow and take the world to a cleaner and brighter , and greener tomorrow.

Boulder Electrical is a referral service to pair you with the top Electrical contractors in Boulder, CO area.